3 Healthy Ingredients To Add To Your Holiday Dishes

We all look forward to the holidays. However, it is also during this time when we tend to eat more unhealthy food. The cakes, sweets, candies and those deliciously holiday indulgences that are in abundance around the holidays can be extremely bad to our health yet simply hard to resist. So here’s a healthy tip to make sure you get through the holiday season with as little damage to your waistline as possible—just make sure to load up your winter recipes with these three ingredients:

Also known as Jamaica pepper, this bakery staple according to some studies has antioxidant and anti-inflammatory properties and can help mitigate the severity of E. coli. A significant amount of allspice oil however has been thought to actually promote inflammation including induced nausea and vomiting.

This popular ingredient is commonly used for holiday cookies because of the lovely, aromatic flavor it brings. It is also one of the oldest plants used for medicinal purposes. Studies have shown that it’s a source of antioxidants and could also serve as a muscle relaxant. Plus, there’s evidence that it could even help with hot flashes and digestion.

This basic baking ingredient, commonly used in Chinese medications is highly recommended for its antioxidants and helps maintain the amount of protein called Glutathione, or GSH which offers protection against free radical damage. It has also shown to help lower the blood sugar levels in diabetics with a study in 2015 indicating it could be used in addition to traditional medications to manage type 2 diabetes. However, there is still a lot of research that needs to be done, particularly on its effectiveness and safety.

Those with high blood pressure could also benefit from adding a sprinkling on their oatmeal, as one study in animals showed that it helped lower blood pressure readings. In humans, a small study of only 59 people indicated that those who supplemented their diets with cinnamon experienced a decrease in systolic blood pressure.

Of course, you will still want to limit how many cookies and cakes you indulge in this holiday season. And much of this research is not indicative of actual evidence, so take everything with a grain of salt, or cinnamon.

Looking for some healthy holiday recipes that work with the Medshape Diet Plan?  Our magical kitchen elves have put together some fantastic tasting alternatives to traditional holiday fare:

Peel the eggs and slice in half lengthwise; remove the yolks to a bowl. Combine the yolks with the remaining ingredients to taste and add enough mayonnaise to make them creamy; beat or whisk until smooth. Spoon or pipe the yolk mixture into the whites; sprinkle with paprika, Spicy Seasoning Salt and/or minced chives. An easy way to pipe the filling into the whites is to put the filling in a zipper bag, seal, then snip off one corner and squeeze into the whites.

This healthy alternative to the original is simply delicious. And it’s low in carbs!

Equals 2 ounces of protein and a whole lot of happiness!

So this healthy alternative to traditional mashed potatoes might sound a little different, but give it a try. It’s actually pretty tasty!

Separate cauliflower into florets, cut each into smaller pieces and steam until very tender. Put into food processor and process until smooth and creamy adding a small amount of chicken broth as needed. 1-2 tbs should be enough. Add a tbs of dill to taste and spray each serving with I can’t believe it’s not butter spray. Do not freeze.

With summer on it’s way out and fall just around the corner, we thought it would be a good idea to share some easy weight loss recipes with everyone. Depending on where you live, fall and winter may mean more time indoors, which means more temptation. Therefore it’s best to keep the fridge stocked with low-carb, high-protein foods, like the ones we’ve outlined here. We know there are a ton of unique and delicious recipes that can help contribute too or maintain your weight-loss, so come on everyone, lets share a little. if you have an interesting recipe you’d like to share, just put it in the comments box below. 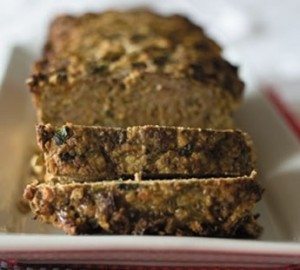 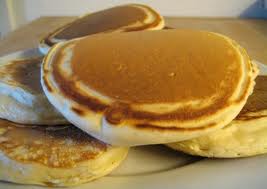 Here is a delicious treat that uses our own Medshape Protein Powder!

In a blender, place packet of Medshape oatmeal, 3-4 egg whites, and 1 scoop of Medshape Protein powder. Add fruit if desired.
Blend until creamy.

On heated griddle, pour batter and cook on each side 4-6 minutes.

Mamma Mia this is a tasty dish.. and packed with protein! 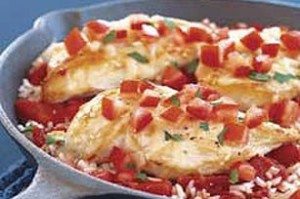