As many men and women experience as they get older, weight loss (especially in the abdomen area) can often be a seemingly impossible task. No matter how diligent you may be playing by all the rules to achieve a flat stomach, you just can’t seem to shed the pounds and reveal the ideal body you’re working hard for. 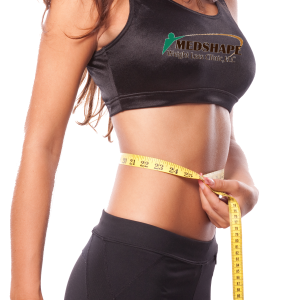 If you’re one of the many individuals who eats well, and goes through all the motions to promote a healthy lifestyle but still struggles with abdominal fat, Tesamorelin may be just the solution for you.

Tesamorelin (also known as EGRIFTA™ in its name-brand form) is a synthetic version of a growth-hormone-releasing-hormone (GHRH) that aids in weight loss. Tesamorelin peptide therapy stimulates the pituitary gland, which then releases the growth-hormone-releasing-hormone — resulting in reduced visceral fat found in the abdomen area. Also FDA Approved! If you carry your weight in the mid section and back areas, this is a great peptide that can assist uoyu in receiving the results you want.

Tesamorelin is a synthetic peptide hormone that acts as a growth hormone-releasing factor (GHRF). This means that it stimulates the pituitary gland to release the growth hormone into the bloodstream.

On the other hand, the human growth hormone is a hormone produced by the pituitary gland located at the base of the brain. Its primary role is to spur muscle growth, boost metabolism, support cell repair, and promote fat loss, among other benefits.

Low levels of the growth hormone, for instance, are linked to higher amounts of belly fat.  Tesamorelin is one of the most significant growth hormones stimulating peptides available and concentration of reduction in mid section fat.

Tesamorelin was approved by the FDA in November 2010 as a drug to reduce fat accumulation in people with HIV. This is because HIV medication was seen to increase fat in certain body parts, particularly the belly and back areas.

Although used to decrease fat in the body, Tesamorelin is a human growth hormone-releasing factor analog. Its ability to target fat loss in particular areas such as the belly makes it attractive to anyone who is looking to shed body fat, lose weight, fighting obesity and even fitness enthusiasts.

The power of cellular medicine and Tesamorelin is remarkable. To achieve your weight loss goals, each of your cells need to repair themselves and need to work more efficiently.

The human cell is a remarkable engine! It possesses the intelligence and metabolic ability to adapt to its environment when allowed to do so. Unfortunately, “diets” and meal replacement products (Weight Watchers, Nutrisystem, Jenny Craig, Optifast) don’t address the root cause of being overweight or obese. 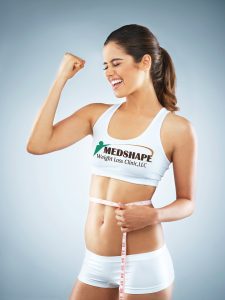 Tesamorelin also improves the overall framework of the body. This peptide works well for individuals 30+ since the production of GH naturally begins to lower as we age and it helps improve it. Physical activity supports the release of GH as well.

This peptide is the mildest growth hormone-releasing peptide, the strongest for fat reduction  and also the most versatile one. It is said to be the most suitable peptide as it doesn’t induce these side effects like desensitization, hunger stimulation, or unnecessary plasma growth, like other peptides.

What Happens when Growth Hormones are Low?

The growth hormone (GH) is required for various vital processes in the body. It supports metabolism; the process by which the food we eat is turned into energy in the body. GH also increases muscle mass, strength, and reduces body fat.

As we age, our growth hormone levels start to decline, sometimes as early as the age of 30. This can result in fatigue, slower recovery times, fat increase particularly in the belly and muscle mass loss. Similarly, low GH levels can lead to depression and loss of libido. Increased production of this crucial hormone can reverse most of these effects.

Tesamorelin is known to be the most powerful natural peptide to help with the several of natural HGH loss as we age. More so, it is known to assist with the abdominal fat loss which we carry as we age. If you have a mid section where your stomach seems to pultrude and no matter how hard you try, your belly can’t seem to lose the deep under muscle Fata, Tesamorelin is for you.