Why Are Some People Fat? One Gene, Not Diet, Might Be The Problem

Can’t Lose Weight? Your Genes May Be The Reason

Do you ever wonder why it seems you Can’t lose weight? It often seems that some possess superhuman eating powers allowing them to down an entire pizza while remaining rail-thin. Others only need to think of a slice and gain five pounds. Now one doctor says there’s evidence genetics could be behind some of these differences. Regardless of how much you eat, your weight may be out of your hands.

“Sure, you need to watch your food consumption, but sometimes people can just look at food and get fat,” said Vann Bennett, a biochemist at Duke University. The reasons why it seems you can’t lose weight may be much. deeper than eating right, working out and doing all the right things.

Bennett led a new investigation that targeted variants of the ankyrin-B gene found in millions of people.  That could leave some people predisposed to being overweight. Prior studies have shown that mice with alterations of the gene gained more weight, even when receiving the same amount of food and exercise as their counterparts. This time, Bennett’s team discovered why this happens.

They engineered mice to have several common modifications of the gene found in humans. They observed that mice who had mutations of ankyrin-B took more glucose into their fat cells, which in turn made more fat. Typically, the plasma membrane acts as a barrier to prevent glucose from entering these cells. The alteration kept the gate open.

The change may serve a useful purpose. “Probably this is not always a bad thing,” Bennett told Newsweek. “It could help people survive famines in the past. But today we have so much food, that it probably is a bad thing.” Our modern diets of fast food drive-thru windows and aisles of packaged snacks make the alteration work against us.

Dieting and Losing Weight Has Changed

Dieters have long been told to watch their calories and exercise more. But this new finding suggests that a blanket approach doesn’t work for everyone. And the study illustrates a common problem for people: increased weight gain as a function of age. 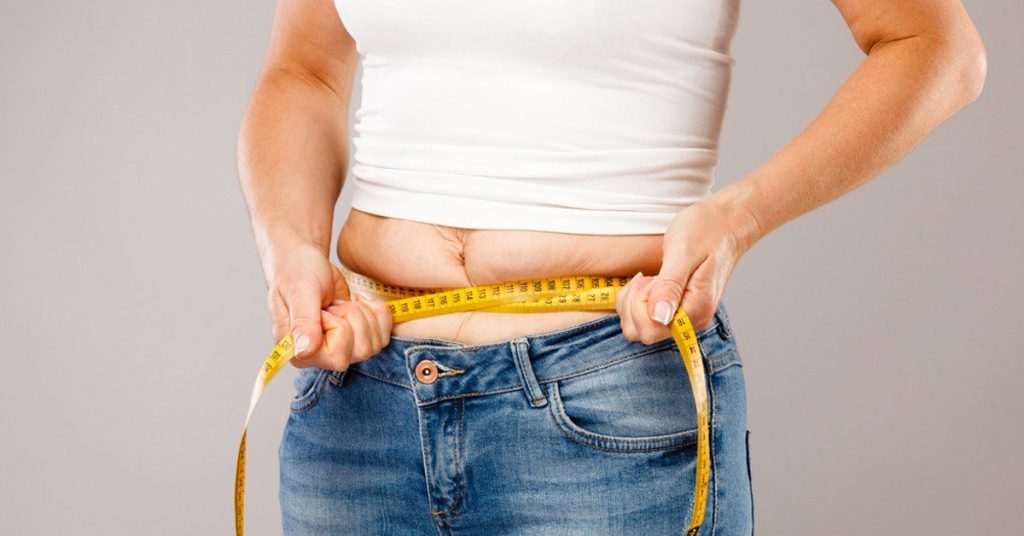 Bennett explains that the mice packed on the pounds gradually, beginning at around 10 months old, which is the equivalent of a 45-year-old person. Our metabolism naturally slows with age.  Making it harder to maintain the weight of our 30-year-old selves when we’re 50. Now add an unruly ankyrin-B gene, and it may seem impossible to stay slim.

While old dieting advice is typically centered around counting calories, there’s mounting evidence that a calorie just isn’t a calorie, which Bennett affirms. Research has shown that energy consumed from protein impacts our bodies differently than when it comes from sugar, though buzzy plans like the Twinkie Diet have been modeled off the calorie counting approach.

The mice in the study gained more weight when on high-fat diets. Bennett believes this is because once the fat cells received the glucose and start making more fat, they become sensitive to other fats. This means that popular high-fat diets like Atkins might work for some, but could actually backfire for others. “That kind of diet long-term likely would be not good for people with this mutation,” he said. “They would tend to put on more fat even though the number of calories is the same.”

Despite being studied in mice, the researcher believes further research on this gene, and possibly others, could potentially create a field of customized diets and health plans based on genetics. But although DNA sequencing is becoming cheaper, it’s definitely not mainstream yet. Still, Bennett envisions such assessments being performed at birth one day.

For now, frustrated dieters can take comfort with one mantra: It’s not you, it’s your genes. See how our weight loss programs can help you lose weight fast!

Reasons You Are Not Losing Weight

Despite following a regular fitness routine and eating healthier foods, you may not see the changes in your weight like the way you have hope. Although there are many other healthy accomplishments to celebrate on this journey, it can be disappointing to not get desired results after you step on the scale. Sound familiar? The reason that’s standing in the way of your weight-loss goals can be:

Along with keeping you hydrated, drinking water on the regular basis, according to recent studies, can help you lose weight. Filling up on water before mealtime helps boosting portion control, and consuming foods that comprise high portions of water (e.g., fruits and vegetables) will fill you up faster, causing you to eat less. A small research found that drinking cool water can speed up metabolism and discourage cravings for sugary drinks like soda and juice. Now that’s a reason to stay hydrated!

Avocados, nuts, whole wheat pasta, chocolate and olive oil, are all natural and healthy, but they do not lack calories. Still you need to keep track of how much good stuff to eat. For example, avocado offers a ton of health benefits, but an entire fruit is over 200 calories.

You Only Do Cardio

If you exist on the treadmill but never lift a weight, then you’re missing out on one of the most important things in the fitness plan. Not only does weight training block injury by strengthening the joints, but it also strengthens the muscle mass and increases metabolic rate.

You Work out with an Empty Stomach

If you frequently exercise without eating before, you should reconsider. Research shows that when you exercise on an empty stomach, the calories burned come of muscle, not fat. Considering muscle burns more calories than fat, the more muscle volume you have, the safer it is for weight loss. Fueling up your body will not only help you avoid losing muscle, but will also give you more strength to push yourself through the workout.

You Don’t Get Enough Sleep

Making time for your workouts and exercises can mean less time for sleep, but it’s necessary to get enough rest if you’re trying to lose weight. You require extra energy to keep up with your workout routine and scrimping on sleep can affect your body’s ability to control its appetite